OUT FEBRUARY 25th! Thank you to Henry Holt and Co. (BYR) and NetGalley for providing me with an advance review copy in exchange for an honest review. 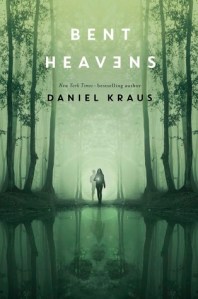 I’ve been blessed lately with books that feel like they’ve come right out of The X-Files, and as a massive X-Files fan this is obviously great for me! I wasn’t sure what to expect from Bent Heavens, but I knew Daniel Kraus’ impressive track record. Despite not having read any of his work in the past, I felt like I could trust him. That trust was in great jeopardy for a lot of this book, but by the end Kraus found himself in the camp of authors that I will automatically read no matter what.

Liv Fleming’s father is gone. He disappeared one day, for the second time, but this time he didn’t come back. Was Lee Fleming right? Did aliens truly abduct him to conduct brutal experiments? Or did he just go crazy? One thing was clear, he was very unwell. Liv has done her best to move on: she has new friends and participates in new activities, but her past refuses to leave her. Her mom is an alcoholic trying to hold down two jobs and her old childhood friend, Doug, will not let her father go. He dutifully follows Lee’s instructions, confounding as they are. Every week Doug and Liv check the traps Lee built to keep them safe from the beings he swore took him.

Liv can’t find it in her to cut Doug off, to tell him she won’t play along anymore. But right when she feels herself about to break free, she finds something in one of Lee’s traps…something that looks startlingly extraterrestrial. What happens next, what she and Doug do and what Liv discovers, is so horrific and heart-breaking. This book comes to its horror designation honestly.

Doug falls down a horrific and all too real rabbit hole. He does research on “enhanced interrogation techniques” from the Bush era and makes it his mission to go through each technique with the creature. At first it was to force information out of the creature about what happened to Lee Fleming. But that flimsy excuse goes out the window fast, and it soon becomes solely about the torture.

This goes on for at least a third of the book. It felt like they were torturing a dog. I was about to give up. It was so brutal and hard to read. But just in time, Liv decides to dig a little deeper and break out of Doug’s rageful gravity. What she discovers, however, only compounds the horror of her and Doug’s actions.

I think it’s important to mention here that the afterword is a note from Daniel Kraus concerning the Senate Intelligence Committee report on CIA torture, which makes the purpose of the book and the actions of some of the characters painfully clear. This book is a statement against torture. It is a brutal and honest look at what governments have sanctioned under pathetic if not fully false pretense. Humans have a lot of evil potential inside of us, and it doesn’t take much to let that flourish. But we also have a lot of good, powerful enough to conquer that evil.

This book feels a lot like The X-Files in many ways: the “something strange in a small town” vibe and the science fiction twist, but most importantly the conspiracy aspect. The reminder that a healthy distrust of our government and of authority is critical. It’s a poke in the side to remind us that the truth is out there, and we need to be brave enough to shine a harsh and unforgiving light on it. That is the only way to let the good in to conquer the evil. Sometimes that can take extreme bravery and courage.

I can’t say Bent Heavens ends happily, but it does ends satisfyingly. The strongest moments are definitely in the beginning and later portions of the book. I know that Kraus is making a point with his extended focus on torture, but to me those scenes were the weakest.

In addition to the intense plot and excellent twists that Kraus works in throughout Bent Heavens, the writing itself is really great. You get swept up in it and carried through all manner of horrors and action. Kraus also captures the sensations and experiences of grief wonderfully. Liv struggles through the entire book with the trauma of losing her dad in such a public way and without much closure. It colors everything she does, every decision she makes. Putting her actions up against her friend Doug’s (who also viewed Lee as a father) is a wonderful way to compare what grief can do to individuals.

While Bent Heavens is classified as a Young Adult novel, I would only recommend it to older teens. It’s a bit of a roller coaster and will surely have readers divided. But despite struggling through a chunk of the book, I found that it was worth it in the end. 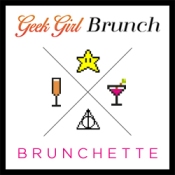